Do You Need an Amp for An Electric Guitar

Can You Put Nylon Strings on A Steel String Guitar

Do Guitar Strings Make A Difference in Sound

Guitar Amplifiers: Do You Need One for An Electric Guitar?

Electric guitars have been around since 1932 and have become the iconic instrument of many music genres such as blues, rock, and metal. And since their debut, many have been wondering “do you need an amp for an electric guitar?”

They are versatile instruments, being able to transform the raw signal coming from the guitar into experimental new sounds through effects and various production techniques and they are really different from traditional guitars. So, the question arises – do you need an amp for an electric guitar?

Well, the answer to this question is both yes and no and will vary depending on your audience and preference.

First, it’s crucial to understand that modes of pitch and modulation in electric guitar can be changed through a series of pot settings called tuners. These tuners are typically placed around the neck of a guitar. In classical guitar, the string has a pitch that is determined by the length of the string and the string itself. This pitch is then translated into another pitch that is very easy for the ear to distinguish. The string can be tuned by either the length or tension of the string. It is therefore fitting that electric guitars are much more accessible and easier to tune. 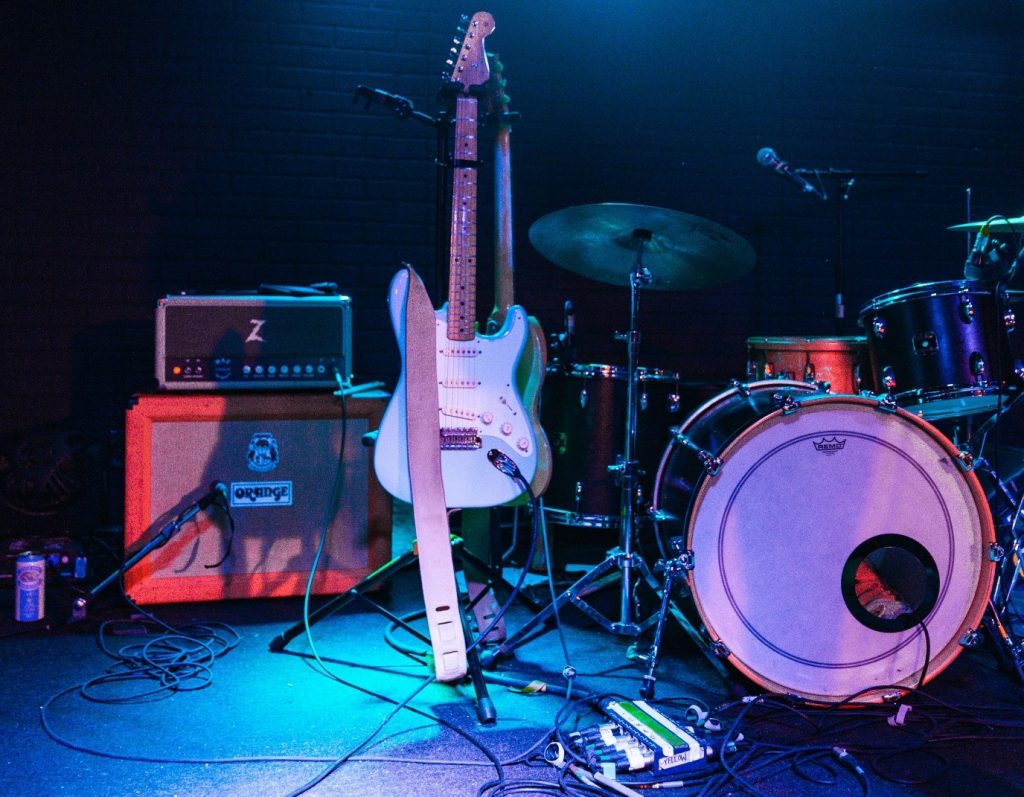 Technically, you can play an electric guitar anywhere at any time. It’s great for practicing or coming up with new tunes. However, electric guitars don’t produce the same sonic strength as acoustic guitars. Meaning they are unable to be played loud enough to be heard by an audience in a large room – they simply weren’t designed to be used this way.

To play an electric guitar and produce a sound loud enough for you to hear to dial in your desired tone or to play in front of a live audience, an amplifier is required. Amplifiers are speakers that take in the signal from the guitar connected to it through a cable and reproduce the sounds in high fidelity for your playing to be more audible.

To understand how this works, first, you must understand the basics of how an electric guitar works. Electric guitars use magnets placed near the strings to detect its vibrations. These are called “pick-ups” and are usually located where the sound hole would be on an acoustic guitar – at the end of the guitar’s neck on your strumming hand’s side.

As you play an electric guitar, the strings create vibrations that induce electric current in the pickups. This produces a signal. Electric guitars also use steel strings for this reason, as nylon strings wouldn’t be able to interact with a magnet. Electric guitar strings are also way easier to change than other types of guitar. Moreover, they have truss rod which can be adjusted to suite players needs.

The signal is then sent through the instrument cable which is connected to an amplifier. The signal is modulated and amplified by a pre-amp which is either built-in or bought separately for boutique speakers. the preamp adds bulk to the signal through “gain”, amplifying it.

The power amplifier then adds even more strength to the signal before sending it through the speakers. This is how amplifiers project the sound of electric guitars.

Playing Electric Guitar Without an Amplifier Makes No Sense

Playing an electric guitar without an amplifier is simply pointless in front of a live audience during a gig – no one will be able to hear your instrument.

Amplifiers magnify the electric guitar’s sound in a way, allowing guitarists and other musicians to be able to hear notes even more clearly and develop more “feel” towards their playing. Amplifiers also allow you to use pedals to add effects to your sound which is necessary to add more “oomph” to your playing, especially for certain genres. Plugging your guitar into stompboxes or effect pedals without an amplifier won’t let you hear the processed signal.

Amplifiers are an important part of your guitar rig. They let you and your audience hear all the notes you play. They allow you to listen closely and develop you’re playing skills as well as try out experimental effects to incorporate into your next gig.