Simple Hacks to Get Earbuds to Stay in Your Ears

Music without Interruptions – How to Fix a Loose Headphone Jack 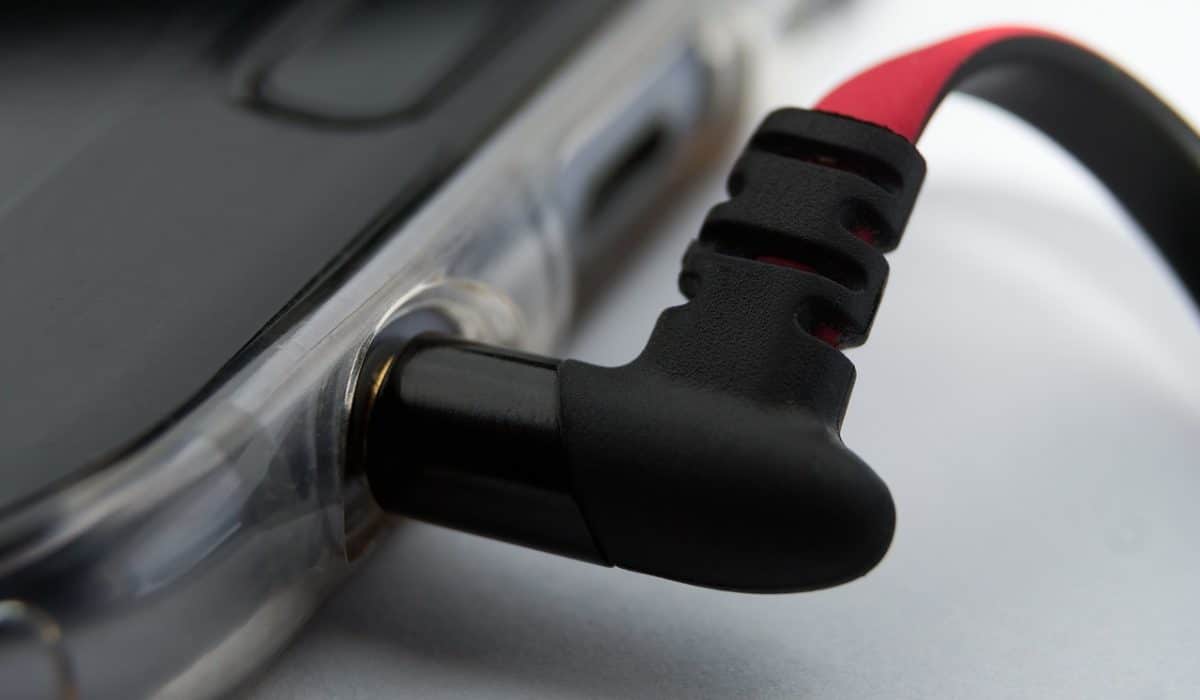 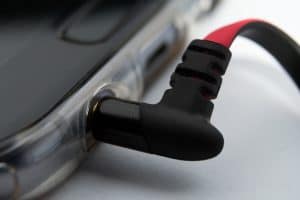 A survey conducted in 2017 showed that phone calls and music use up almost 63% of total functions in a cell phone. Another survey concluded that 87% respondents use headphones for listening to music. But one very common problem headphone users face is that even after headphones are plugged out, the headphones symbol on phone won’t go away for Android as well as iOS devices.

The symbol signifies that the phone thinks headphones are plugged in android or iOS, keeping the headphones mode active. This routes all music, calls, and other sounds through the headphones jack instead of speakers.

What to do in this instance? Does this mean the jack is faulty? Is there a non-invasive solution to this or does this mean I’ll have to get my phone opened up?

Following are some solutions you can try out before going out to spend some money on getting your phone repaired.

Plug In & Plug Out

Much like the infamous ‘try turning it off and on again’, you should try plugging the headphones in and out again. Sometimes the error is simply because the phone didn’t transmit the signal that you unplugged your headphones.

Once inserted, remove the jack slowly. Doing so sends another removal signal and that sound should now be redirected towards the speakers, solving the problem.

The same can be done with your Bluetooth headset or speakers. Although there is no way to remove Bluetooth headphones slowly, the same principle applies when you disconnect your speakers. Don’t turn the device off when connected, though.

Either disconnect the device manually from the Bluetooth section in Settings, or simply turn off your phone’s Bluetooth.

You can also plug the headphone jack in 2/3rd of the way and twist it around a few times. By doing this, you reset the jack, forcing the phone to give out another signal.

A short-circuit in the jack might lead your android phone to think headphones are still plugged in.

Turning the Phone On & Off

If the headphones symbol still won’t go away, you can try turning your phone of and back on to reset the hardware settings of Android and iOS phones..

The demand for water-resistant phones is increasing every year, as shown in a survey conducted in 2016. However, despite a phone’s IP rating, the headphone jack remains a place where water can remain sticking around.

Blowing in the jack with a hair-dryer or leaving the phone in rice overnight can help dry it out and fix your headphones symbol conundrum.

It is common for dirt to get into nooks and crannies of your phone, with the headphones jack being no exception. Try using a cotton swab dipped in alcohol to clean it out. Wait for a few minutes for the alcohol to evaporate or simply use a hair-dyer again.

Via the audio settings, you can either choose to bypass the headphone symbol and still play sounds (calls only) via the phone’s speaker, or reset the jack manually. 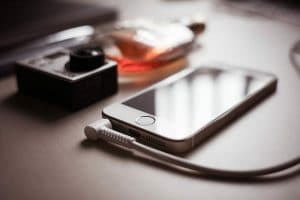 To do so on Android, simply go to

To reroute sounds to play on your phone, select

Once done, turn it ON and select Phone. All audio will now play on your phone’s speakers as normal. However, the headphones symbol will still stay.

Select the Audio Device tab and plug your headphones back in. Once you see its name, tap on it and go back. Turn it ON and play something. After a while, turn it off again and pull out your headphones. This should solve your problem.

More In-depth guide on turning off headphone mode on Android

To reroute audio on your iPhone,

As a last resort, you should consider getting your phone looked at. Your headphones jack might have shorted out while your headphones were still inside, leading to the phone not getting any more signals from it.

Your phone will have to be repaired in this case.

The slightest problems on your phone can be frustrating to say the least. However, before giving it for repair, you should try at-home solutions, saving yourself expense and time. Use the above-mentioned steps to root out the problem if your headphone symbol on phone just won’t go away!