How Long Does It Take to Learn Guitar Chords?

Learning the Guitar From Scratch – How Long Does It Take?

How Long Should You Take Guitar Lessons 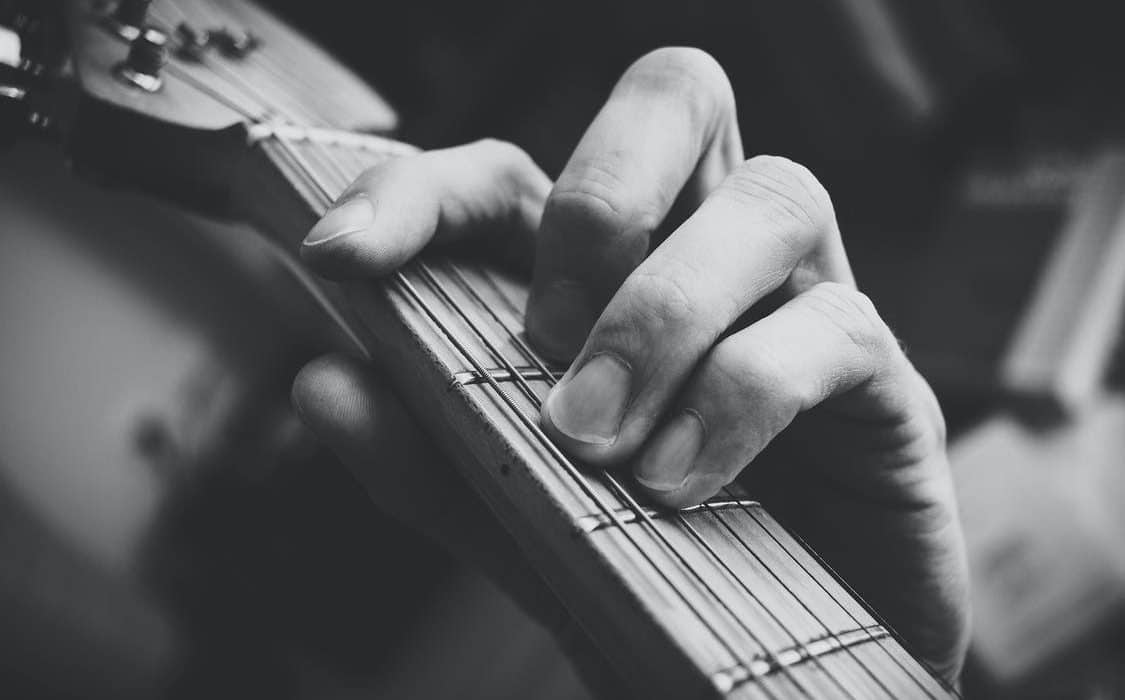 It is very often in the earliest stages of learning the guitar that you experience what seems like the biggest hurdles. Your fingers don’t seem to stretch as much as required, and they seem too stiff and blocky.

If you can’t wait to start playing your favorite songs, you’re probably asking yourself: how long does it take to learn guitar chords anyways?!

Well, there isn’t one answer. It depends on how many hours of practice you’re putting. If you’re someone who is juggling work and a family, then chances are you’ll get only 20 minutes a day at most.

If, however, you seem to have some time on your hands or you’re just a teenager, then its quite possible for you to put in 3-4 hours a day.

While there isn’t a general standard of the amount of time you will take to learn your chords, there does seem to be a direct correlation between the amount of practice and skill.

Despite all this, there are ways in which you can speed up your learning process when it comes to chords. So, here are a few key rules of thumb to help simplify and speed up your chord learning stage.

It’s no secret that there are thousands upon thousands of guitar chords, though even some of the most successful guitarists get by with learning only a few. The main types are Open chords and Barre (or Bar) Chords.

Learning these will be enough to allow you to play more than half the songs ever written! In fact, you can play plenty of songs with just 2 chords. But don’t go after barre chords so quickly as they are quite harder to play. First, get a general idea of the open chords.

There are a host of different chords that you’ll learn about later, for instance, seventh or suspended chords. But for now, you only need to focus on two!

Open chords derive their name from the fact that these chords require you to play open strings as well as fretted notes. You can play all the basic chords as open chords.

Tip: To ease your transitions between chords, figure out which finger remains in the same spot in the next chord. For instance, between D major and G major transitions, you can keep your ring finger placed firmly on the 3rd fret of the B string in both chords. This will serve as a pivot while you shift your other finger. Check out this tutorial on this exact topic.

Learning to play chords is frustrating, but one thing you should keep in mind is that it’s not supposed to come so easily. You are learning a new instrument, and that means reconfiguring your fingers to work in certain ways.

What you can do is to keep a focused, directed practice session and put in some time regularly, as your schedule allows. Your commitment and enthusiasm are your only life-supports when it comes to learning the guitar in general.

Tip: Make sure your fretting hand fingernails are trimmed so that they don’t get in the way of you playing the chords.

Bonus tip: Experiment with the amount of pressure needed to play the chords without any buzz. Learn to avoid overly strong grips as this can tire you quickly. Get your guitar set up properly if it’s difficult to play.

If you are committed and put in at least 2 hours a day to learning chords, it is quite possible that you will learn all the basic open chords (both major and minor) within a couple of weeks. But please don’t take this as a rule of thumb!

You can take several weeks as well; there is no shame in facing adversity. What matters is pushing through it. Pretty soon, you’ll forget thinking about how long does it take to learn guitar chords. Instead, you’ll be strumming along to your favorite tunes and creating new ones!