What is a Parlor Guitar? Everything You Need To Know

What Kind of Paint to Use on a Guitar 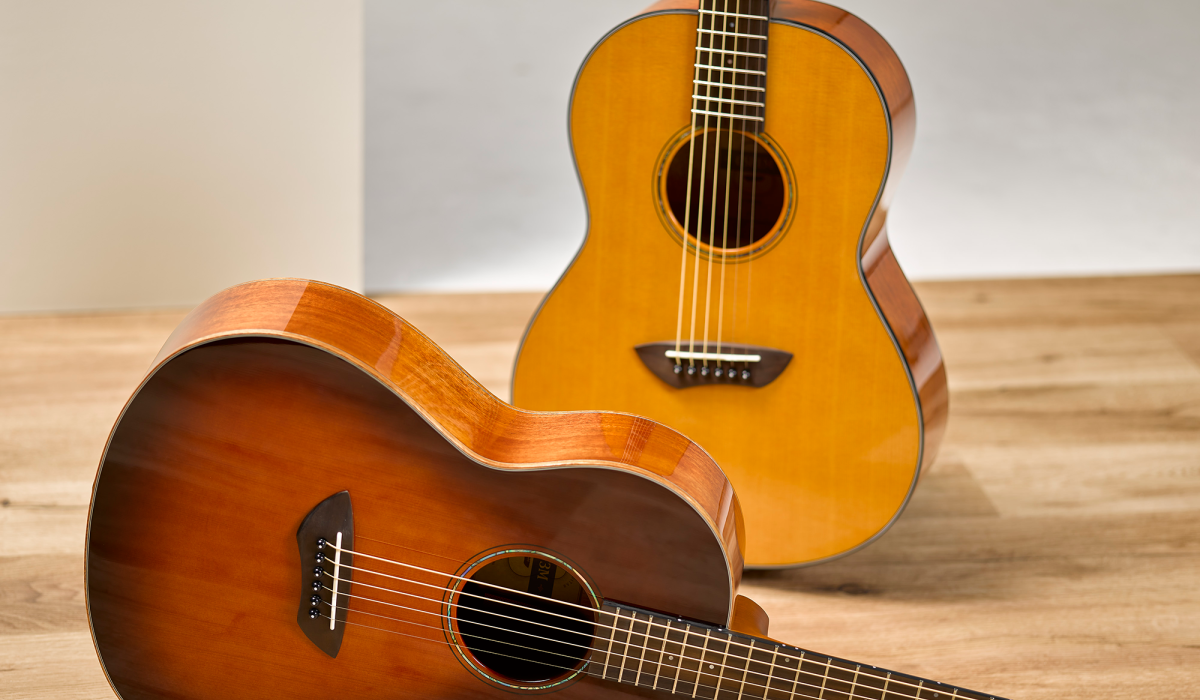 What is a Parlor Guitar?

Guitars have been around for longer than anyone exactly remembers, these started off as a small form of entertainment in social gatherings and today have risen to a level where these guitars are played on icredibly large places in front of a massive audience. However, with time everything changes and develops to adjust with the atmosphere and so have guitars. From mere strings on a piece of wood to these massive guitars that produce brilliant sounds in concerts, we’ve come a long way.

There is a very old version of guitars, that has recently made a come back due to the easiness of its workings. There has been a sudden rise in the sale of  parlor guitars, also called the parlour guitars or blues box. These were used often by musicians like Bob Dylan and even Ed Sheeran today. Recently, these have become increasingly popular due to the modifications tht new manufacturers have brought about, thus making the parlor guitar one of the best choices.

What is a parlor guitar?

Parlor refers to the small sitting area in houses. At least that is what it used to be called in the older times. And a smaller sized guitar that used to be played in these rooms as entertainment during get togethers is, today, called a parlor guitar. These guitars have been around since the 19th century. These were the only guitars that were made at the time, since they were small and lightweight, moreover sound wasn’t an issue because these were played with a small audience, and there were no other instruments in the background.

These, parlor guitars are slightly smaller in size compared to regular concert size guitars. And can be played easily and comfortably while sitting on a couch, or porch. Basically, these are compact guitars and easier to carry around and even play than the regular ones.

Confused What kind of Paint to Use on your Guitar? Read More about it Here

Since these guitars are now being modified to become more sturdy and efficient while giving that same original sound that they gave for the 19th century blues and folk music, there are different changes that  different companies take upon in order to build a parlour guitar to the best of their abilities. The fact that there are no restrictions, certainly helps in experimenting. However, the overall concept remains the same producing a boxy sound in a smaller sized guitar. So that the guitar can be used for folk music, rhythm and blues and other nostalgic old school songs.

As eras change, there are new changes that come around, in the same way that parlor guitars were replaced by larger concert sized guitars, today the parlor guitars are making a comeback. It is not just their small and compact size that makes it easier to take on journeys or their distinct sound that gives a different tone to the song. It is easier to play fingerstyle on these guitars, and they respond in a very quick manner. The lightness and easiness of playing a parlor guitar makes it a popular choice among musicians.

Furthermore, people’s interesests are growing increasingly in the soft and mellow blues, so even big artists have a popular demand for parlor guitars, to produce some original music that sounds out from regular pop. The first way to change the regular old tones is to change from a dreadnought to a parlor guitar.

These guitars are perfect for people with smaller fingers, as they do not require as much stretching, they are also a good choice for people who are just learning to play as with smaller size guitars it is easier to sit in the correct posture and find ease in playing. Eventually, the players can move on to playing on concert guitars and dreadnoughts, depending on interests. Otherwise the parlor guitar is just as good and perhaps in fact better. The only drawback is that it gives a distinct soud, that some people might like and others might not.

Of course, this rise in the sale of guitars does not mean that the regular guitars, that we’ve known all our lives are going to stop selling, these guitars give an entirely different, distinct sound. And there is no doubt that these are the ones that have to be used in places like concerts where quality of sound and especially volume has priority over things like size and weight.

What is the size of a parlor guitar?

These smaller sized guitars were also used by blues and folks singers, and are still used by artists to bring in that nostalgic tone in their songs. Although called smaller, there is no specific, certain size that defines parlor guitar. There have been different variations over the years. However, these are always smaller than the size 0 guitars. This means that they are generally smaller than fifteen inches. The scale length varies from 24 inches to being smaller depending on the maker.

These were not only build for parlors but also for women, as with their smaller body it is easier to reach around the guitar without difficulty. This makes it ideal for women of that time and even today who are petite and have smaller fingers. Or for children who are just beginning to play the guitar, as it has a smaller body.

However, what stands out in the build of this guitars is that, while their wooden body is smaller in size, the fretboard is elongated. This is because, while smaller sized guitars have become popular over time, there is one major drawback in these. The volume of sound detiororates, as a smaller guitar will not give the loud sound that concert guitars do, smaller guitars produce lighter and mellow sounds. In order to decrease the impact of this drawback, the body is elongated.

All in all, a parlor guitar is easier to operate due to its smaller size, it is handy and can be travelled with easier, however as any easy thing does, the parlor guitar too has its drawbakcs and therefore professional musicians would still chose a regular sized guitar, as with the help of tuning they can, to an extent, produce the same kind of sound that is produced by a parlor guitar.

How many frets does a parlor guitar have?

As there is no decided size for the length and width of the guitar, there are also no restrictions on the amount of divisions on the fretboard, different companies are bringing about different and more advanced versions of the parlor guitar as they make a comeback today. Fender, makes parlour guitars joined at the fourteenth fret but have a smaller scale length, while the Yamaha has a total of 20 frets on its version of the parlour guitar. The size of the scale is directly proportional to the fret size.

Due to the smaller scale length, the frets are placed close together so it is easier to play more difficult chords compared to the regular sized guitars where the fingers are stretched too much and the quality of the note is reduced.

If looked at more deeply, there are different kinds of parlor guitars as well, the ones with longer necks and then the ones with shorter necks. The shorter necks are 24 inches or below, these give a more relaxed feel but limit your chords and thus the songs that can be played. However, if a longer neck, which is generally around 25 inches is used this gives the proper vintage, parlor guitar feel, and there are no limitations to the songs that can be played.

While a smaller scale length and smaller fret sizes, it is often easier to play certain chords, but sometimes this backfires and limits the hand movement and therefore it is recommended that guitars should only be brought depending upon the comfort that the player has while playing it.