What Song Is This? – 5 Best Ways to Identify Songs Quickly 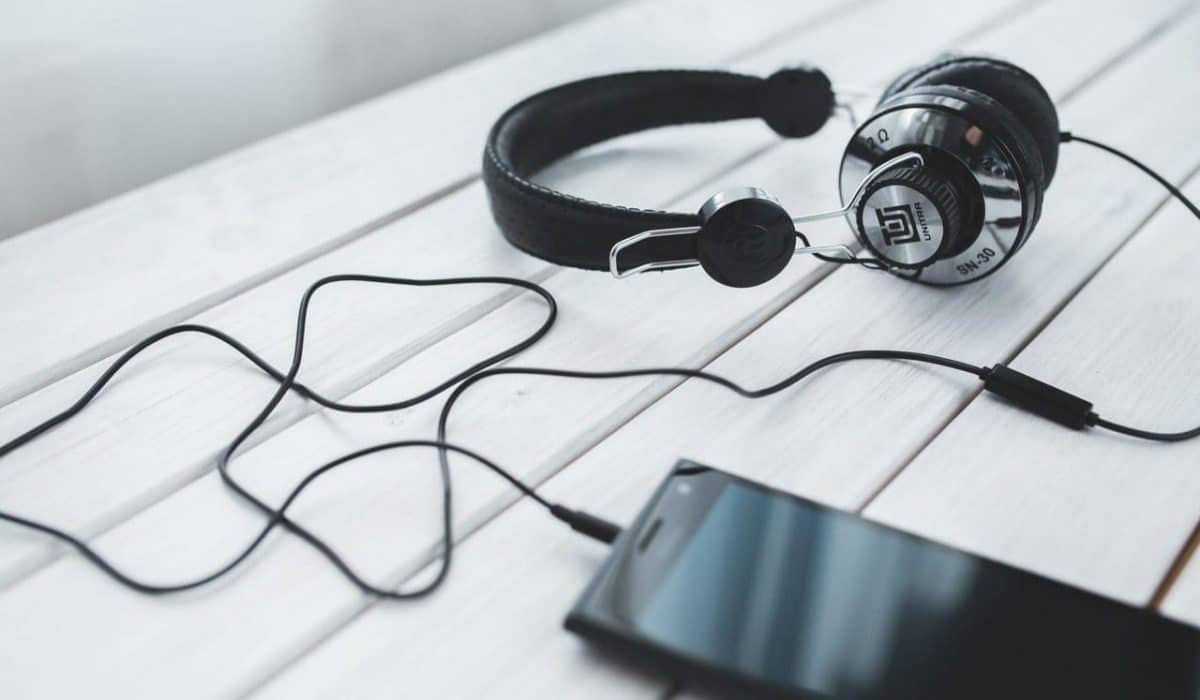 What Song Is This

It’s very exasperating when you have a catchy tune stuck in your head for days but can’t exactly put your finger on the song’s name or who sings it. If you’ve memorized a fair chunk of lyrics, you can find a song with a simple Google search, but what if you didn’t memorize any?

Well, there are numerous websites and applications that you can utilize to identify songs without knowing the lyrics. However, some of these services are notably more effective than others, and that’s why, in this post, we’ll be underlining the best song identification platforms available today.

Hogging the number-one spot on our list of the best services for song identification is the highly popular Shazam. There’s a deluge of websites and apps that excel when it comes to identifying tunes, but based on popularity alone, Shazam is certainly in the lead. So, what sets it apart? 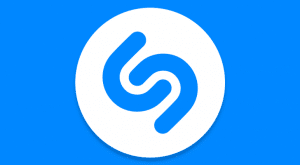 Firstly, Shazam’s interface is completely hassle-free. Every feature is self-explanatory and you’ll find it notably easy to navigate through the platform. For instance, the Shazam Discover panel is there to help keep you updated on the most recent music-related news, including new releases.

The Shazam Charts panel is where you can find what others are searching for or listening to. In My Shazam panel, you can find every song you’ve tagged. You have a ton of options here, from listening to samples and sharing songs to watching music videos and finding relevant tracks.

When it comes to tracking down songs, Shazam is the platform to beat by far. It’s able to identify songs within a matter of seconds, whereas other services can take minutes to find this song that has been stuck in your head for days. Shazam also gives you the option to purchase the song.

Another reason why Shazam is at the top of our list is its outstanding ability to track down some of the most obscure songs. Again, there are other services that can identify songs as effectively as Shazam, but we’re yet to find one that’s as straightforward and oversimplified as Shazam.

The Auto Shazam functionality is one that automatically listens for music and identifies it even if you don’t open the actual application. Conveniently, Shazam saves what it hears if you’re offline and attempts to find a match as soon as you have internet access on your smartphone again.

Shazam is compatible with just about any modern smartphone. It’s been ad-free for both iOS and Android devices, ever since the platform was purchased by Apple back in 2018. Shazam is most definitely the best service to utilize when trying to identify songs quickly and efficiently.

“What is this song playing?” A question you’ll never feel the need to ask again with SoundHound installed on your phone. The name alone should give you the impression that this is an app that will hunt down any song you’re having a hard time identifying without any need for lyrics. 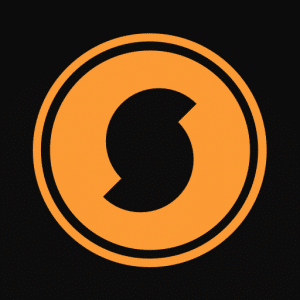 SoundHound is a lot similar to Shazam in terms of its main set of features, but it does feature an assortment of other unique features that make it quite a formidable challenger for Shazam. It’s a smartphone app that’s big on voice controls, granting you hands-free control over its features.

There’s also a standalone voice assistant app by the name of Hound that’s intended specifically for SoundHound, how cool is that? Nevertheless, we advise sticking to Siri or Google Assistant. SoundHound isn’t ad-free, but you can upgrade to SoundHound Infinite to get rid of ad banners.

As far as its capabilities in identifying songs without the need for lyrics, SoundHound has a very unique feature that allows it to identify music that you’re humming or singing. All you need to do is sing or hum the song, and the app will automatically identify it and give you the answer.

To add, if there’s a popular song that you just can’t put your finger on, let SoundHound listen to it and it’ll tell you what’s this song that’s playing in the background. Like Shazam, SoundHound can play tagged samples or full tunes in conjunction with Spotify or YouTube.

We’re also quite fond of the fact that SoundHound always gives the users updates on the artists they listen to the most. The only problem we have with SoundHound is the frequency at which it displays ads. You may find yourself needing to upgrade to SoundHound Infinite after a while.

MusixMatch is yet another excellent app that you can use to identify songs that have been living anonymously in your head for a while. If you’ve been utilizing Spotify to listen to music, you may be familiar with MusicMatch, as it used to be paired with Spotify as a means of providing lyrics. 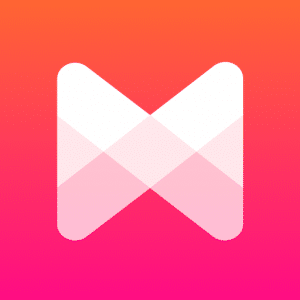 Now, it’s imperative to understand that MusixMatch isn’t one of those apps that are dedicated to IDing obscure tracks like Shazam. It’s primarily an app for finding song lyrics. Nevertheless, you can still utilize MusixMatch to identify music, and as a bonus, it’ll provide you with the lyrics.

One of the neat features that this app has to offer is floating lyrics. Essentially, this feature helps show the lyrics to the song you’re listening to in real-time so that you don’t have to scan through a lengthy sheet of lyrics to find the exact part of the song you’re currently listening to.

Moreover, MusixMatch grants you the opportunity to add lyrics to your favorite songs which you couldn’t already find the lyrics to on the app. Equipped with an advanced algorithm, MusixMatch does an awesome job of delivering results. You won’t have to wait too long to identify songs.

Another very cool feature that sets this app apart from similar apps is its ability to remove vocals from any song you’re listening to so that you can unleash your own vocals, karaoke-style. We’re also fond of how this app enables you to play songs over and over again until you’re bored.

In terms of compatibility, MusixMatch is compatible with all smartphones running iOS or Android operating systems. Also, the app doesn’t require top-tier specs in order to run smoothly, so don’t worry if you have an older phone. Just make sure you have enough space and decent specs.

MusixMatch is available for free for both iOS and Android devices. However, it does offer a host of perks if you subscribe to its premium plan for $3/month. Some of the perks include the ability to save lyrics and the removal of ad banners. Please note that the app doesn’t work offline.

While it may not be as popular as the above-mentioned apps, MusicID is a superb app that can identify music in a matter of seconds. It’s available for both Android and iOS devices, so just go to App Store or Google Play, depending on your device, and experience MusicID for yourself.

MusicID actually claims that it’s capable of identifying tunes within just five seconds, which isn’t too far-fetched considering most song-tracking applications are backed by a massive database of music, allowing them to identify tunes quickly, even if you’re looking for non-popular tunes. 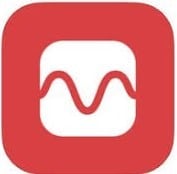 We feel the need to highlight the fact that MusicID doesn’t boast any unique features that might set it apart from the rest of the competition, however, minimalists will appreciate the fact that it’s a straightforward platform that flaunts remarkable music recognition capabilities.

The Explore tab on MusicID is where you can find a great deal of information about artists and their popular tunes. In fact, it displays detailed artist-related information like movies, TV shows, biographical data, and more. Sadly, it doesn’t display the lyrics to the tunes you’re listening to.

MusicID utilizes a very sophisticated fingerprinting algorithm, which allows it to identify over 28 million tunes without any problems. It’s also worth noting that new tunes are added to MusicID’s library on a daily basis. You also have the option to search by lyric phrase, artist, or song title.

We also love the fact that this app is free. Sadly, it’s not an ad-free app, so you’re going to have to endure a lot of annoying ad banners in order to identify that one song you’ve been looking for. All things considered, MusicID is worth checking out if you champion a minimalistic interface.

Just because Genius is the last application for sound search on our list doesn’t really mean that it’s less potent than its competitors. As a matter of fact, Genius might be the most sophisticated of all the apps highlighted on our list, and not just when it comes to tracking down tunes.

Genius probably has the coolest interface out of all music-related apps. Despite flaunting one of the largest song libraries, it’s still quite easy to navigate through the platform and view its charts. And just like MusixMatch, Genius also displays the lyrics to the song you’re listening to. 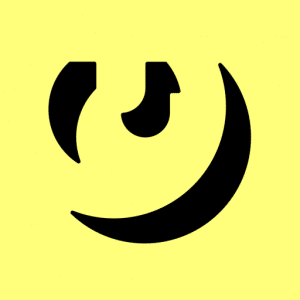 The way you use Genius to identify music is as simple as can be. All you have to do is point the phone towards the speakers, and you’ll be presented with the song’s name almost instantly. We love how accurate this app is. It’s actually regarded as one of the most accurate music apps.

It doesn’t matter if you’re looking for a song that’s from a commercial, movie, or that was on the radio for a brief second, the algorithms employed by Genius certainly will help you find the song you’re looking for. The app also enables you to download the lyrics of the identified tunes.

Genius is available for all smartphone platforms, including iOS and Android. Also, Genius never plays annoying ad banners that can take away from your listening experience and it doesn’t use a lot of data. And in addition to a massive song library, it also boasts a large video library.

With the aid of any of the above-mentioned apps, you’ll quickly be able to identify just about any song you hear in a movie, commercial, or on the radio. We advise trying each of these apps, as they’re all pretty unique in their own ways, and one may appeal to you more than the others.

Visit Us at https://reddiamondaudio.net/ for more such helpful articles.